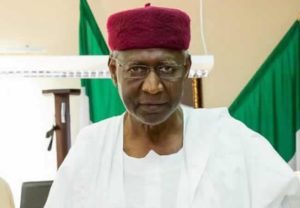 Abba Kyari, chief of staff to Nigeria’s president Muhammadu Buhari has died from the deadly Coronavirus after a nearly month-long battle with the virus.

The late chief of staff was said to have contracted the coronavirus on an official trip to Germany in March. He was confirmed with the virus on Mar. 23, though it was revealed on Mar. 30. At the time, he was said to be in high spirits and widely expected to recover. But there have now been reports Kyari had underlying conditions.

Chief of Staff to the President, Mallam Abba Kyari, passes on. May God rest his soul. Amen. Funeral arrangements to be announced soon.