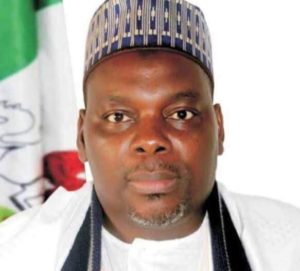 Kano State Governor, Umar Ganduje, has sacked the state’s Commissioner for Works and Infrastructure, Mu’azu Magaji, for celebrating the death of the Chief of Staff to the President, Abba Kyari.

The Director-General, Media and Communications, Kano State Government, Salihu Yakasai, made this known via his Twitter handle, @Dawisu.

Yakasai said the dismissal of Magaji over his “unguarded utterances” was with immediate effect.

He said, “H.E @GovUmarGanduje has relieved the appointment of the commissioner of Works and Infrastructure, Engr. Mu’azu Magaji with immediate effect following his unguarded utterances against the person of the late Chief of Staff to the President, Malam Abba Kyari.”

Kyari died on Friday after contracting the coronavirus and laid to rest at Gudu Cemetery in Abuja, on Saturday, in accordance with Islamic rites.

Earlier the Kano commissioner had taken to his Facebook page to celebrate Kyari’s demise, describing it as freedom for Nigeria.

The translation of the post reads, “Win win… Nigeria is free and Abba Kyari has died in the epidemic… the death of a martyr… if he is a believer, the person is complete.”

In a subsequent post, the commissioner said the office of the chief of staff to the President is too powerful and it should be broken into two.

Magaji wrote, “For the good of Nigeria and Mr President… The CoS office should be split… A PPS (principal private secretary) and a humble manager of his office as CoS… It is currently too powerful for a non-elected official.”

Reacting to comments that his post elicited, the commissioner said it was nothing personal.

He said Kyari was only a support staffer at the Presidential Villa and his death should be treated as such.

Magaji wrote, “Nigeria is bigger than any individual… While praying for the president’s late support staff… Ours is to prevent a repeat of his non-accountable domineering era!

“In institutional democracy, no individual is bigger than the state… Our interest is to get equity and capacity in the highest position of power. It’s not personal!

“I am not a hypocrite and I won’t pretend! While at a personal level I pray Allah to grant Abba Kyari Jannah… I sincerely believe Nigeria needed a better CoS period!”

Abba Kyari was loyal to me for ...