‘O.J. Made in America’ and more on SuperSports 1 for DStv and GOtv customers 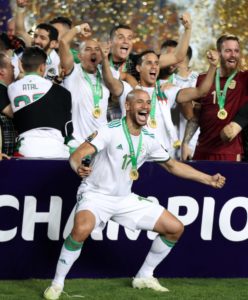 With the current shortage in live-action, SuperSport has converted its channels to themed offerings focusing on the best historical sporting moments and fascinating documentaries which will fuel your passion as we await the return of our heroes to fields, tracks and rings around the world.

SuperSport 1 is the feature channel for reliving some of the greatest events in sport and the week of 17-23 April 2020 promises to be a cracker for DStv and GOtv viewers. On Friday 17 April, the channel will feature a run of eight straight FIFA World Cup Films, starting at 06:00 am with the 1974 finals in West Germany right up to the 2002 tournament in Korea Republic and Japan at 5:25 pm. 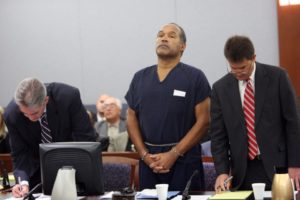 Saturday 18 April sees all five parts of ‘O.J. Made in America’ broadcast in sequence from 08:00 am. First aired in 2016, ‘O.J. Made in America’ is a five-part special about the life, career and criminal trials of football star O.J. Simpson, taking a fascinating investigation into how his story parallels 50 years of racial tension and conflict in the United States.

“[Director] Ezra Edelman pulls back, way back, like a news chopper over a freeway chase. Before you hear about the trial, the documentary says, you need to hear all the stories – the stories of race, celebrity, sports, America – that it’s a part of,” said the New York Times of ‘O.J.: Made in America’. 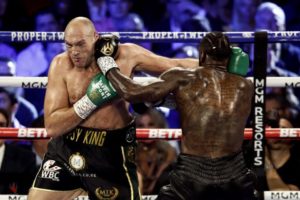 This will be followed by some thrilling boxing action: first up is the chance to relive the incredible draw between Deontay Wilder and Tyson Fury for the WBC Heavyweight title in late 2018, followed by a documentary titled ‘The Greatest’ focusing on the legendary Muhammad Ali. 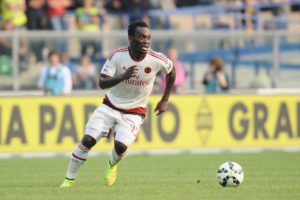 Sunday 19 April is headlined by some great football moments of the past, including the chance to relive the 2019 Africa Cup of Nations final between Senegal and Algeria, a closer look at Premier League legend Michael Essien and his exploits for Chelsea, ‘Fergie’s Top 10’ which looks back at some of the most memorable moments in the career of former Manchester United manager Sir Alex Ferguson, and a closer look at how Nigeria stunned the world by winning the Gold medal for Men’s Football at the 1996 Olympic Games in Atlanta, United States.

It’s also a day in which motorsport fans will have their fair share of action, with the chance to relive the thrilling conclusion to the 2016 Formula 1 World Championship in which Nico Rosberg held off Mercedes teammates Lewis Hamilton to claim glory, South African athletics enthusiasts can enjoy the Olympic achievements of Josia Thugwane and Hezekiel Sepeng, and the late, great basketball legend Kobe Bryant is the subject of an All-Star Interview with the NBA. 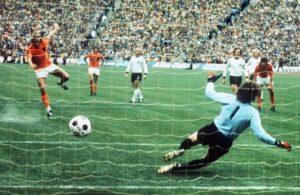 Start the working week on Monday 20 April with a day dedicated to great women in sports. We start by reliving Bianca Andreescu’s stunning victory over Serena Williams to claim glory in the US Open Women’s Singles final last year, take in victories for Cameroon and Nigeria at the last FIFA Women’s World Cup, enjoy a closer look at South African athletes Caster Semenya, Penny Heyns and Odessa Swarts, as well as a documentary on ‘Coach Bernie’, Bernadette Mattox, who was only the second female assistant coach in Division I men’s basketball history. “I refer to Bernadette as the first lady of Georgia basketball,” said legendary basketball coach Andy Landers. “She meant everything.”

Tuesday 21 April opens with more tennis action – Milos Raonic v Andy Murray in the Wimbledon 2016 final and Jelena Ostapenko v Simona Halep in the Roland Garros 2017 final – a thrilling clash from EFC 82 which saw Themba Gorimbo take on Luke Michael and some great football action to close out the afternoon and evening.

Relive Gareth Bale’s evisceration of Internazionale’s defence from a classic 2010-11 UEFA Champions League clash, the 2016 European Championship final between Portugal and Spain, ‘The Impossible Dream’ – in which Gary Lineker reviews Leicester City’s incredible Premier League title triumph – and a closer look at the traditional rivalry between football heavyweights the Netherlands and Germany.

Wednesday 22 April opens with Egypt’s triumph over Ghana to win the 2010 Africa Cup of Nations and ends with a closer look at one of the greatest athletes of all time, United States sprinter Michael Johnson. In between, there is a feature on Wembley Stadium, BMX stars’ relentless pursuit of a perfect lap, Jorge Lorenzo’s 2015 MotoGP World Championship triumph, and ‘Sententa e Sete’, where Sam Borden reports on the tragic 2016 plane crash that killed 71 players, coaches and staff members of Brazil’s Chapecoense soccer team.

“For the individuals connected to the crash, as well as the club itself, the past year has been about trying to move on,” wrote Borden in 2018 upon the two-year anniversary of the tragedy. “The newly constituted Chapecoense team won its state championship this past spring but struggled in the national league’s top division. After a late-season surge, however, it ensured it would avoid relegation earlier this month – and celebrated in a familiar fashion.”

The week of feature sporting action on SuperSport 1 rounds out on Thursday 23 April, with a line-up which features a classic clash between Real Madrid and Barcelona from 2005-06, Eliud Kipchoge’s record run to break the two-hour mark in the INEOS 1:59 Challenge, a conversation with South African football great Benni McCarthy, and ‘Backstory: Serena v The Umpire’, in which one of the biggest sports controversies of recent years was investigated for ESPN by three-time Pulitzer Prize winner Don Van Natta, Jr.

Don’t miss the best sporting action on DStv and GOtv. Visit www.dstv.com and www.gotvafrica.com to subscribe or upgrade, and join in on the excitement. And while you’re on the move, you can stream the action on DStv Now.

Runtown claims he Got the Stimulus Package ...