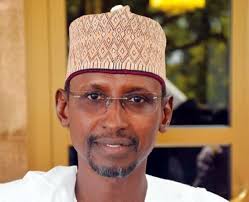 Nine coronavirus patients have been discharged in the Federal Capital Territory Abuja.

FCT Minister, Mohammed Bello, disclosed this on Wednesday via Twitter.

He said the nine patients were discharged after testing negative for COVID-19, adding that the total number of discharged patients in the nation’s capital had risen to 20.

According to his tweet, the newly discharged patients have returned to their various homes.

He said, “I am delighted to announce the discharge of an additional nine COVID-19 patients in the FCT after they tested negative. They have now returned to their homes.

“I urge FCT residents to adhere to all safety measures. Stay Safe.”

Residents are urged to continue to #StayHome and #StaySafe by adhering to precautionary measures laid down. pic.twitter.com/d7Nr4aRXwJ

How to cultivate healthy eating habits