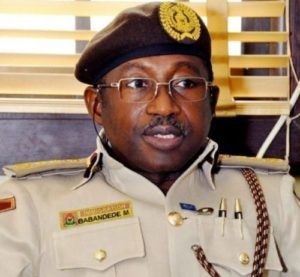 The Comptroller-General of the Nigeria Immigration Service, Muhammad Babandede, has confirmed the result of his second test for Coronavirus.

Babandede, who tested positive to the virus earlier, confirmed on Tuesday that he has tested negative twice to the virus after self-isolating.

He said, “The CGI in an overwhelming appreciation took cognisance of the prayers and supplication of everyone for him.

“Most importantly government, Minister of Interior, Ogbeni Rauf Aregbesola, Permanent Secretary Ministry of Interior, Georgina Ekeoma Ehuriah, members of the international community who stood by the Service during this trying times.

“He prays for the recovery of others, and for God’s intervention for the world and Nigeria in this battle against Covid-19.”