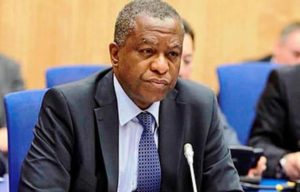 Nigerians residing abroad who have indicated interest in returning home on account of the coronavirus pandemic will pay before their evacuation to Nigeria, the Minister of Foreign Affairs, Geoffrey Onyeama, has disclosed.

The minister informed our correspondent on Friday that the stranded citizens would be required to pay for their flight ahead of the evacuation.

Onyeama stated this in a text message in response to an inquiry from The PUNCH about the evacuation.

Asked if those who registered for evacuation would pay before or after their evacuation, the minister replied, “before evacuation.”

However, he did not respond when asked if the government had any plan for those who might not be able to afford a return ticket.

Many Nigerians had been clamouring to come back to Nigeria following the increase in cases of COVID-19 across the world.

A viral video showed about 100 Nigerians being evicted from their homes and hotels in Guangzhou by the Chinese authorities last week.

Sequel to this, the MFA had directed Nigerian missions abroad to compile a list of stranded Nigerian nationals who wished to come back home.

It stated that the financial implications would be borne by the prospective evacuees, who would also be compulsorily quarantined on arrival.

In response to the directive, the Nigerian Consulate in New York, United States, Nigerian High Commission in the UK and in other countries announced that they had begun compiling names of Nigerians willing to return home.

Findings on Sunday indicated that the registration exercise for Nigerians interested in returning home has ended with over 2,000 individuals enrolling for evacuation.

Confirming this on Sunday, the spokesman, Nigerians in the Diaspora Commission, Abdul-Rahman Balogun, stated that the missions were currently processing the names of those who had registered.