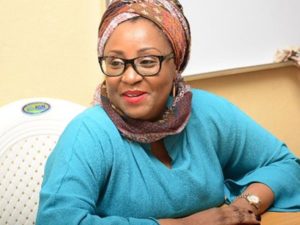 Hadiza el-Rufai, wife of Governor Nasir el-Rufai of Kaduna State, has criticised her son, Bello, over his tweets in which he threatened to rape someone’s mother.

Hadiza said on Twitter that sexual abuse should never be used as ammunition in public discourse.

Mrs el-Rufai had come under attack on Sunday for seeming to take sides with her son, who had threatened to gang-rape someone’s mother during a political debate.

Hadiza, who retraced her steps on Monday, tweeted, “When I posted the tweet below, I assumed it was just the usual Twitter gbas-gbos (banter). Having read the tweets chronologically, I have had conversations with Bello. Never ever should sexual abuse be employed as ammunition in public/ private exchanges, no matter the provocation.”

Davido buys Mansion for his Staff.