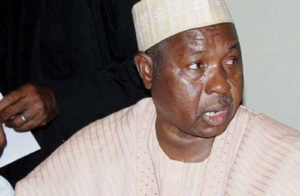 The Kastina State Government has confirmed three new cases of COVID-19 in the state.

Aminu Masari, governor of the state, made this known on Friday.

He said the positive cases were among the 23 people, who had contact with the state’s index case that died recently.

According to Masari, a total of 23 samples were sent for testing after the death of index case including the victim’s wife and two children.

“Already, the patients are being evacuated to an isolation center located at the Federal Medical Centre, Katsina, for treatment,” he said.