The past decade more than ever, has witnessed a surge in the number of women filmmakers in Nigeria. Kemi Adetiba, OmoniOboli, Mo Abudu, Bolanle Austen-Peters, Tope Oshin and more, have built on the legacy created by legends like the late Amaka Igwe to create blockbusters and shows that have broken and continue to break records across the continent and beyond.

In spite of these feats, women in filmmaking are still regarded as rarity and not the norm. It is still very much a man’s world and as with most other industries that are male dominated, women more often than not work twice as hard as their male counterparts to earn a seat at the table.

For women’s history month, MultiChoice Nigeria shines the spotlight on four young women who are defying every odd there is to follow their dreams of telling the African story through film. 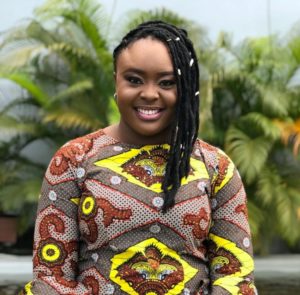 Born in Enugu to a father who worked in the media, Ugwu knew from when she was just a little girl that she wanted to make films. She went on to study Theatre and Film Studies at the University of Nigeria, Nsukka.

Now 24, Ugwu’s passion for film blazes stronger than ever. After undergoing training at the Multichoice Talent Factory (MTF), she went from wanting to only write scripts, to realizing that she can do so much more.

A film she co-wrote and line-produced – made it to the Africa Magic Viewers’ Choice Awards (AMVCA) while a mini documentary she wrote and co-produced with fellow MTF Alumna, Precious Iroagalachi – Plastic Treasures – won the spotlight award at the Mobile Film Festival in Paris, France this past year.

Ugwu has also started a production company and hopes to make films that will show the lives of people whose stories we never hear as well as explore new themes like afro-futurism and more local languages with better quality and content. 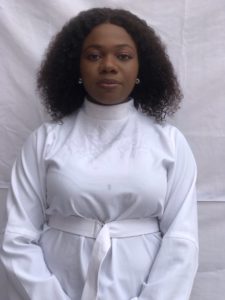 Iroagalachi has gone on to co-produce an award-winning mini documentary – Plastic Treasures which won the Spotlight Award at the Mobile Film Festival in France, as well as worked as Camera Operator for two feature length films currently showing on SHOWMAX – Life of Bim and DreamChaser. The latter she says has been “the most challenging and fulfilling thing I’ve done, asserting myself as a cinematographer in Nollywood.”

As one would expect, trying to establish yourself in an industry like the one Precious works in, comes with its fair share of challenges especially as a young woman but for her, the biggest challenge has been having to prove that she is much more than just a pretty face. “I always work hard not to be the weakest person in the room because in a way, that is expected,” she says. 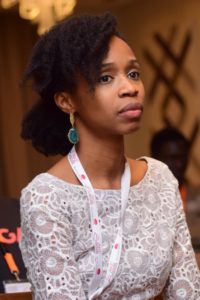 For Ronke Adeola, quitting her 9 to 5 to pursue her filmmaking dreams was an easy decision, but nothing could quite prepare her for the difficulties she ran into when she exhausted her savings. It took her a couple of years to find her footing and even though she still doesn’t earn as much as she earned at her bank job, the Art History graduate is a lot more fulfilled making films and telling stories that matter.

Since quitting her bank job, Adeola has worked on a number of cool projects including the film adaptation of Chimamanda Adichie’s Half of A Yellow Sun where she worked as a Producer’s assistant. Her film, Awani has gotten into major film festivals across the world and bagged two awards

As big a deal as these awards are, they aren’t what she’s most proud about when it comes to Awani. “My biggest success with Awani,” she says, “was finishing the film.” “There were so many times where I gave up, ran out of money and went job-hunting. Making this film was lonely and challenging to my self-esteem, so finishing Awani is by far my biggest achievement. Everything that came after that has been a big bonus.”

It’s becoming increasingly popular to see women as producers but as Adeola rightly points out, production crews are predominantly male. On why she thinks this is still the case, she says, “The reality is when producers are making films they do not think of women. Our needs are different. If we are going to spend 16 hours in one location, we need access to proper toilets. If filming lasts till 4am, women have different security needs, how are we supposed to get home safely? The inclusion of women can be improved with better logistical planning and setting up funding for women led projects. That being said, the future is getting brighter for women filmmakers. We just have to be steadfast and also make sure we are opening doors for other women behind us.” 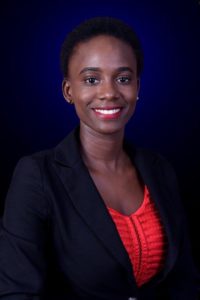 With a skill set that spans production, cinematography, costuming, production management and editing, Bulus is as versatile as they come. Fresh out of the Nigerian Institute of Journalism where she studied Mass Communication, Bulus was selected as part of the 20 students from West Africa to undergo training in filmmaking at the MultiChoice Talent Factory (MTF).

Her foray into filmmaking has gotten her on quite a few sets but the high point of her career so far has been working as Associate Producer in the soon-to-be released movie, Aljana. The project according to her, stretched her in ways she hadn’t imagined somuch that she thought about quitting a couple of days into the shoot.

Like some of her idols including Rama Thiaw, Ava Duvernay, Caroline Reucker and Mo Abudu, Bulus dreams of telling stories that will resonate with a global audience. “I never dream to make Nigerian/African cinema,” she says. “I dream to make Cinema. I look forward to seeing films that outlive the filmmakers and to achieve that, I have to dig into my inner self and tell the truest form of what I feel.”

Coronavirus and What you need to know.