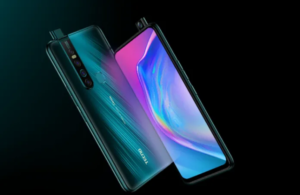 Recently, TECNO released its new camera phone, the CAMON 15 series through an
online launch event. This is Africa’s first online product launch, and TECNO unveiled its
brand-new CAMON 15 series with a SONY camera and the trademarked TAIVOS™
technology.
In this launch, TECNO debuted largest flip book GUINNESS WORLD RECORDS™
title, entirely composed of photos shot on the TECNO CAMON 15 Premier. The flip
book covers an area of 299.26 square meter in total, with 4.676 square meters for a
single page, which is the newest GUINNESS WORLD RECORDS™ title of largest flip
book.
Although the photos were shot by a smartphone camera of TECNO CAMON 15
Premier, the details of the images are very vivid and clear even in such a gigantic flip
book, and as beautiful as photos shot by professional photographers.
The CAMON 15 Premier is equipped with a powerful 64MP SONY camera. Even after
zooming in on a picture with its 8x zoom, every detail will be perfectly captured.
The vividness of the photos Camon 15 Premier produces has been upgraded by 68%
from past Camon models. All you have to do is click the shutter to capture beautiful
views and unforgettable memories that will be displayed purely and clearly.
Four pixels were combined into a 1.6-micron megapixel to create high-quality night
shots. The large 1/2” sensor captures more light at night, producing a photo that is
brighter with less visual noise.

When you put together a super-wide angle 115-degree field of vision and algorithms
that reduce noise and boost clarity, you have a mobile camera you can count on for
crystal-clear images that can scale to extreme dimensions without compromising detail.
People were astonished at the near-cinematic photos on the 2.17*2.15 meters pages of
the flip book. But you are in for the surprise of your lives as you will be even more
impressed by what you will discover right on the CAMON 15 Premier’s 6.6-inch
tempered-glass screen.