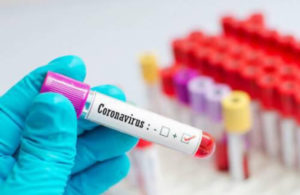 Sierra Leone has recorded its first case of Coronavirus, the government said on Tuesday, making it the latest African country to register an infection.

According to AFP, President Julius Maada Bio said that a 37-year-old man, who arrived in the country from France on March 16 had tested positive.

“It was not a matter of whether, but when. Ladies and gentlemen, the when is here,” the President said.

Sierra Leone had been one of the few countries in Africa to have reported zero cases despite neighbouring Guinea and Liberia having detected infections.

On Tuesday, Bio said authorities were aggressively tracing people, who may have come into contact with the infected patient and urged people to report anyone with Coronavirus symptoms to the authorities.

Land borders are closed, international flights banned and schools were shut from Tuesday until further notice, among other measures.

“The government will respond rapidly to changes in the situation by announcing additional enhanced measures,” Bio said.

Six of Africa’s 54 nations have been spared the Coronavirus to date – South Sudan, Burundi, Sao Tome and Principe, Malawi, Lesotho and Comoros.