Buhari Bans Movement In And Out Of Lagos, Ogun, FCT Over Coronavirus 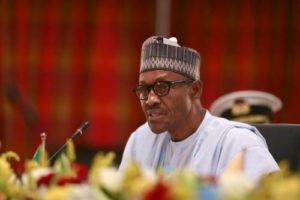 President Muhammadu Buhari has banned the movement of persons in and out of Lagos, Ogun and Federal Capital Territory as a result of the Coronavirus outbreak.

He made the declaration on Sunday evening during a nationwide broadcast.

According to the President, the decision was taken because Lagos and the FCT had recorded the most cases of the pandemic in the country due to the international airports in both cities, which had allowed travellers from high risk countries for the virus to come into the country.

Buhari said Ogun State was included in the restriction because of its close proximity to Lagos and the fact that it bordered many other states in the South-West.

The President asked Nigerians to put aside their personal comfort to help combat the pandemic, adding that citizens should stay at home to reduce the risk of the virus spreading further.

Buhari said that security agencies would be drafted in to help government’s effort at tackling Coronavirus.

Nigeria currently has 97 confirmed cases of the virus and one recorded death.