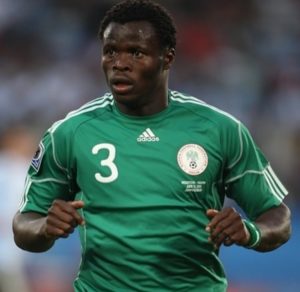 Taiwo announced the passing of Pa Salisu on Instagram with a photo; “RIP my father,” he wrote on the post.

Late Salisu spent most of his life working as an electric welder in Isheri-Olofin area of Lagos and later had the opportunity of seeing his son, Taye, become a successful footballer.

The old man is survived by the former Marseille defender and four other siblings.