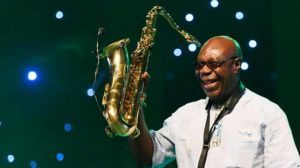 In 2009, he accused Michael Jackson of borrowing one of his hooks for two songs on the legendary “Thriller” album.

Jackson settled out of court.

“His funeral service will be held in strict privacy and a tribute to his memory will be organised when possible,” his record label told AFP.

The saxophonist was one of the pioneers of Afro jazz and also fused funk with traditional Cameroonian music.

His biggest hit was the B-side of a song to support the Cameroon football team in the African Cup of Nations but was picked up and popularised by New York DJs.