Lagos Bans Gatherings Of Over 20 Persons After Coronavirus Cases Rises 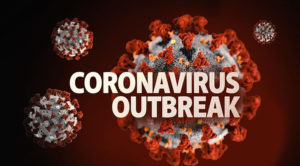 Gatherings of more than 20 persons have been banned in Lagos by the state government after 10 more cases of Coronavirus was confirmed in the country on Saturday.

In a post on Facebook, the state government said that the move was to further protect residents and prevent the spread of the deadly virus.

Earlier, the state had announced a ban on gatherings of over 50 persons including in religious places in a bid to curtail the spread of the pandemic.

The state authorities had also announced the closure of schools across the state to reduce the chances of the virus spreading further.

With Saturday’s discoveries, the total confirmed number for Coronavirus cases in Nigeria now comes to 22.

Coronavirus: Railway Services To Be Suspended In ...