Nigeria shuts down three international airport due to Coronavirus Outbreak 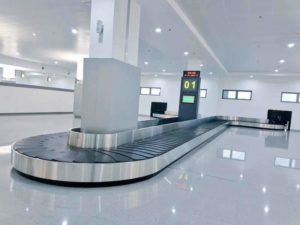 This was contained in a statement by the Director-General of the Nigerian Civil Aviation Authority, Capt. Musa Nuhu.

He said the decision was part of government strategic measure to curtail coronavirus spread in the country.

According to the statement, the airports would be closed from Saturday, March 21, till further notice.

Meanwhile, the Nnamdi Azikwe, Abuja and the Murtala Muhammed, Lagos international airports were not affected.

However, Nuhu said that flight from the 13 countries, with high-risk of coronavirus and banned by the Federal Government would not be allowed into the airports.

The Federal Government had on Wednesday placed a travel ban on the United Kingdom (UK), United State (US), China and 10 other countries due to high risk of the deadly virus in them.

The ban, it had announced would commence from March 21.