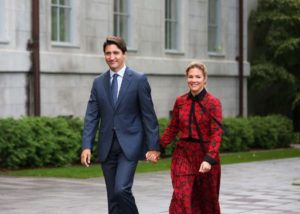 The first lady of Canada had returned from a speaking engagement in Britain and had mild flu-like symptoms, including a low fever, late on Wednesday night.

“The Prime Minister is in good health with no symptoms. As a precautionary measure and following the advice of doctors, he will be in isolation for a planned period of 14 days,” the statement added.

His office said the doctor’s advice to the prime minister is to continue daily activities while self-monitoring, given that he is exhibiting no symptoms himself.

“Also on the advice of doctors, he will not be tested at this stage since he has no symptoms. For the same reason, doctors say there is no risk to those who have been in contact with him recently,” the statement said.