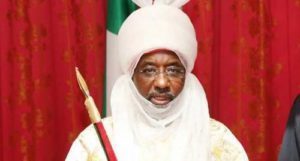 He was initially taken to Loko Local Government following his banishment but was transferred over reported lack of social amenities.

He reportedly arrived in Awe a few minutes to 7 o’clock.

The government hinged its action on the former CBN governor’s “outright disregard for the state government and Kano Emirate’s traditional norms”.