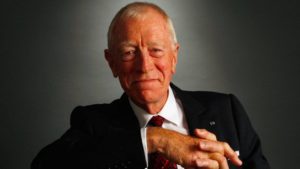 Swedish actor Max von Sydow, who made his name in the films of Ingmar Bergman before featuring in international hits like”Game of Thrones,” has died at the age of 90.

Von Sydow passed away on Sunday, according to representatives at Diamond Management, which said “it is with a broken heart and with infinite sadness that we have the extreme pain of announcing the departure of Max.”

He was a well-known figure in both European and American cinema, starring in films from Bergman’s masterpiece “The Seventh Seal” to international blockbusters such as “Star Wars: The Force Awakens.”