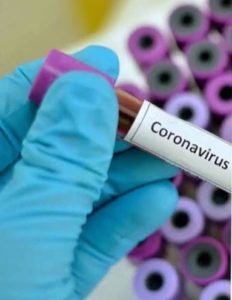 A Nigerian has tested positive to Covid-19 (coronavirus) in Washington, US, the Mayor of Washington DC, Muriel Bowser, said on Saturday.

She said the Nigerian does not live in DC, but travelled to the area from Nigeria where he had been staying with relatives before he fell ill. She, however. did not give further details.

Ms Bowser gave the information when updating the public on the first presumptive case in Washington.

The DC resident is the first to test positive for Covid-19 in Washington.

Meanwhile, the U.S. has also been recording increasing numbers of cases in the last weeks.

The U.S. recorded the first confirmed death from coronavirus on February 29.

The man in his 50s had underlying health conditions, and there was no evidence he had close contact with an infected person or a relevant travel history that would have exposed him to the virus.

Now the rapidly-spreading virus has killed 19 people in the U.S. and affected more than 30 states and the District of Columbia, turning into a health crisis.

Federal health officials announced the first case of coronavirus in the U.S. on January 20. The patient was in Washington state, and had just returned five days prior from Wuhan, China, where the outbreak started.

The outbreak in the U.S. has been raising alarms among its citizens as many of them are not happy with the way the Trump administration was handling the outbreak.

However, the U.S. Secretary of State, Mike Pompeo, said Friday that he was “confident” that the United States would handle the novel coronavirus “better than any nation in the world.”

Mr Pompeo expressed the optimism during an interview with CNBC, in response to a question about whether the U.S. response could as good as that of China without interfering with people’s civil liberties. China imposed severe restrictions on travel in an effort to contain the virus.