The first novel coronavirus cases were reported in Florida and New York on Sunday while officials in Washington state confirmed the second US death from the outbreak.

The New York patient is a woman in her late 30s, who contracted the virus while traveling in Iran and is currently isolated in her home. 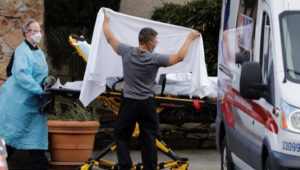 Officials in King County, Washington, confirmed the second US coronavirus death was a male patient in his 70s with underlying health conditions. He was hospitalized at Evergreen Health in Kirkland and died Saturday, according to a King County Public Health news release.

“We could have more sad news,” he said. “But the American people should know the risk for the average American remains low.”

The New York case was one of several reported Sunday. Two new presumptive positive cases were identified in Florida, according to a press release from the Florida Department of Health. These are the first cases in the state of Florida.

But those were just the latest developments in Washington state, where officials Saturday announced the first coronavirus death in the US and where authorities were investigating a nursing facility outside Seattle.