Two Nigerian students arrested with 21g of cocaine in India 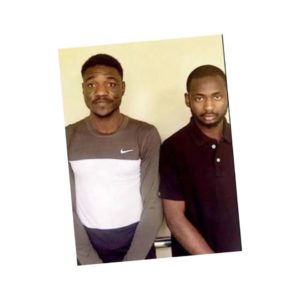 The police have arrested two Nigerians for allegedly peddling drugs from Apex Circle in Malviya Nagar area under the Clean Sweep Operation late on Monday night. Twenty one grams of cocaine have been recovered from them.

The accused have been identified as 23-year-old Abbas, a resident of Ajaro of Nigeria and 29-year-old Ibrahim, a resident of Kano state, Nigeria. Police have been keeping an eye on both for the past couple of months.

According to police, Abbas came to Jaipur for studying in 2016 from Nigeria. He got admission in a private university on Delhi Road for graduation in Geography. But, he left the city after studying for two semesters. He went to Haryana and he came back to Jaipur in 2019 and lived in a PG hostel, police said.

The police said that they investigated into the matter and found that Abbas was not studying in any college or university and he was not doing any job in the past two years. He was found frequently around the private university spending most of his time in cafes. The police said that they are investigating to find out if he was part of any drug cartel.

Ibrahim, who has also been arrested by the police, had come to Rajasthan for studying B. Pharmacy in 2015. In 2019, he managed to get a degree in B. Pharmacy. Ibrahim was illegally living in an apartment which has already been acquired by the LIC.

The police said, while investigating into the matter, they found that the cocaine which was found from their procession was provided to them by another Nigerian national. The police have launched a search for the person who provided them the drugs.

Nigerian man arrested after 3 years for ...