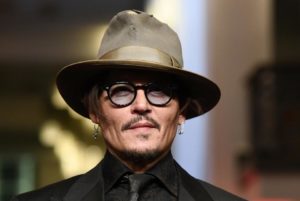 Johnny Depp made a surprise appearance at London’s High Court today as he sues The Sun newspaper over claims he beat up his ex-wife Amber Heard.

The Pirates of the Caribbean star will go head to head in a showdown with Heard as he tries to prove that he didn’t hit her during their stormy 18-month marriage.

Depp is suing The Sun and its Executive Editor Dan Wootton for libel over an article he wrote in which he called the Hollywood star a ‘wife beater’.