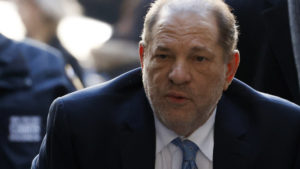 Harvey Weinstein, the powerhouse film producer whose downfall over sexual misconduct ignited a global movement, was found guilty of two felony sex crimes on Monday after a trial at which six women testified that he sexually assaulted them.

A Manhattan jury convicted Mr. Weinstein of rape and criminal sexual act but acquitted him on three other counts, including the two most serious charges against him: being a sexual predator.

Mr. Weinstein sat motionless as the verdict was read.

“But I’m innocent,” he said three times to his lawyers, appearing stunned a few minutes later when he was handcuffed and two court officers led him off to jail to await sentencing. He was taken first to Bellevue Medical Center by ambulance after complaining of chest pains and showing signs of high blood pressure, his representatives said.

Joeboy, Wurld, Others Perform As MTV Base ...