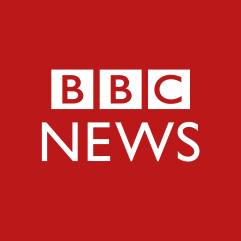 This February, Global Questions, the BBC’s highly respected, internationally renowned, current affairs programme comes to Johannesburg to raise important questions around the recent upsurge in violence against foreigners, mostly from elsewhere in Africa, asking a panel of influential figures, “Is South Africa Afrophobic?”

Global Questions will give ordinary citizens in Africa the opportunity to question experts on what this violence means for South Africa’s relationships with neighbouring countries across the continent, and if this rise in violence is an indication that xenophobic attacks are on the rise.

The English language recording of the programme, which takes place in Johannesburg on the 25th February, will be presented by Zeinab Badawi and feature high-profile Africans from the worlds of politics, civil society and culture who will face tough questions from a live audience.

BBC Afrique will host a French language debate on Monday 24th February. Asking the question ‘Can Africa power its future without accelerating climate change?’ the Afrique debate will be presented by Nomsa Maseko and host a panel including; Serusha Govender, an award-winning journalist, science writer, documentary filmmaker, and foreign correspondent from Southern Africa;Mike Blenkinsop, the owner and Managing Director of NET Energy and advisor to the government of Botswana; Bukelwa Nzimande, a climate and energy campaigner at Greenpeace Africa; Ruan Fourie, an energy economist for the Council for Scientific and Industrial Research (CSIR).

The BBC is inviting members of the public to attend the recording of Global Questions in Johannesburg on Monday 24 February (French) and Tuesday 25th February (English). For more details and to apply to be part of the audience, visit the BBC Shows and Tours website: https://www.bbc.co.uk/showsandtours/shows/global-questions-feb20

Questions from the public can be submitted through a range of BBC platforms including Twitter by using the hashtag #BBCGlobalQuestions, sending a Whatsapp message on +447497371629 or emailing[email protected].

The programme will be broadcast on the BBC’s international news channel, BBC World News on Saturday 29th February at 0910 and 2010 GMT, and Sunday 1st March at 0210 and 1510 GMT. It will also air on BBC World Service Radio.