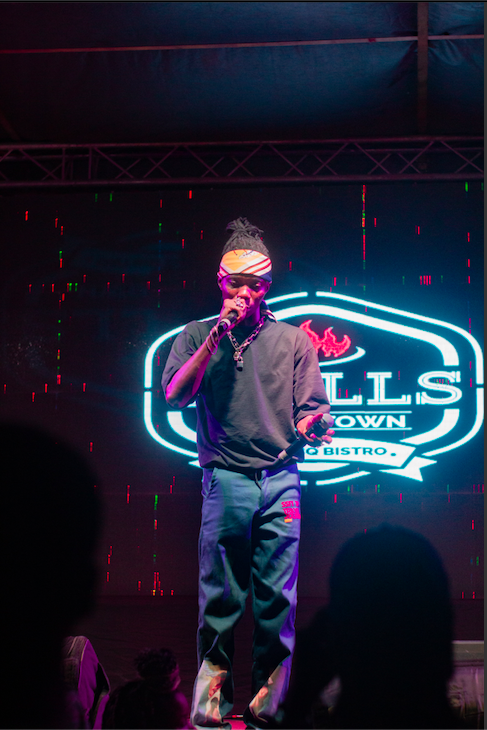 The BBQ in the Park end of year event tagged “The Blaqbonez Rave” held at Muri Okunola Park, Victoria Island Lagos on Sunday, 9th of December, 2019 was all shades of amazing.

The show which kicked off a few minutes to 8 pm, was entertaining, interactive and fun for everyone in attendance thanks to the thrilling performances from different musical acts.

Hosted by AK Smuth, Live Wire and Sheye Banks, the event which happens to be the first that Blaqbonez will be headlining saw him deliver thrilling performances, one that can be described as never seen before.

A snooker board, FIFA 20, WHOT, Ludo, Chess, Scrabble, and other board games were available for fans to engage one another.

BBQ in the Park, Domino’s Pizza, Cold Stone and CCX Lounge who were the sponsors of the Blaqbonez Rave, did well to entertain everyone present with their various products.

The BBQ in the Park event is coming after Blaqbonez’s recent Ghana and London media tour which was done alongside label mate, CKay, during which they released a new single titled “Gangster” whose video was shot on the streets of Accra and London.

How An Eight-Year-Old Made Hearts Stop At ...