Teni Impressed Me With Her Acting-Samuel Olatunji 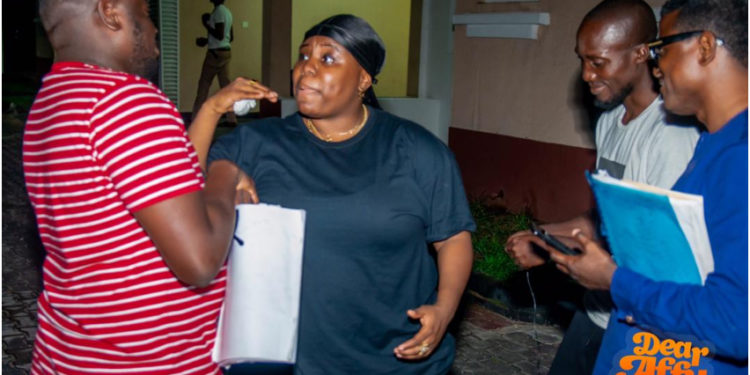 Samuel Olatunji (Popularly known as Bigsam), the director of Dear Affy, the highly anticipated movie which is set to hit the cinemas February 14, 2020 said he was amazed and impressed ] by the acting talent Teniola demonstrated on the set of Dear Affy, considering it was her acting debut.

Teniola who has risen to the top of music charts within two years and has performed in more than 30 countries in recent months starred as ‘Little Angel’, troublesome girlfriend to Sir Dee of Big Brother’s character, ‘Nerdy Guy’  in the movie, Dear Affy.

‘We were all surprised and impressed at the same time with the acting of prowess that Teni displayed on set. She got into it so naturally one would have thought she’s been doing this all her life.  She is what we call a ‘natural’ Samuel Olatunji said.

“Dear Affy” is a romantic comedy with an amazing plot twist which tells the story of a beautiful career lady who is about to get married to the man of her dream who is on the verge of sealing millions of Naira worth of contract with a conglomerate in a construction industry. He is however, faced with the proverbial choice of between the devil and the deep blue sea as sealing the contract is hinged on him having an intimate affair with the female millionaire contractor by all means just few weeks to his wedding. His choice unlocked series of reaction that led to an expected twists and bends.

The movie which will be in cinemas from February 14th has been touted as one of the highly anticipated movie of 2020.

Idowu Adedapo who is the DOP of the movie said Dear Affy is one of the most challenging of his jobs, and this is coming on the heels of shooting Wedding Party, Chief Daddy, King of Boys, and many others.

See video of Teni and Odunlade on set: