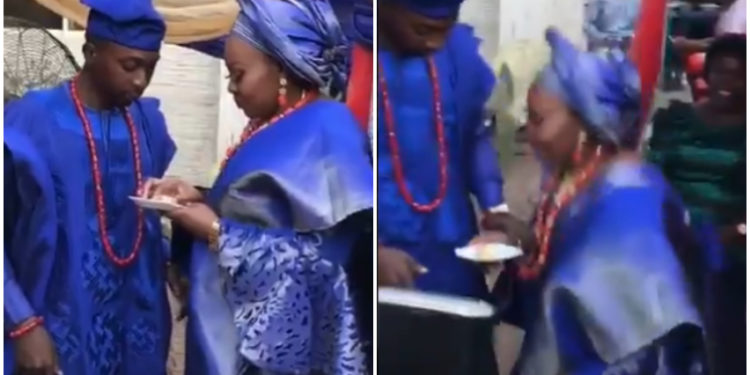 In Yoruba culture, kneeling for one’s spouse is significant for women as it translates to submission and respect. Hence, during Yoruba weddings, women are expected to feed their husbands on their knees.

But a Canada-based Yoruba woman identified as Abidemi “Bibi” Babatunde did not do so at her wedding and she is glad she didn’t.

Abidemi took to Twitter to share a clip from her traditional wedding, noting that when it was time to feed her husband on her knees, her husband refused.

The video showed Abidemi trying to kneel after some women asked her to, but her husband told them not to bother. According to her, her husband already knew she had some reservations about the kneeling but she decided to do because of culture.

Below is the video clip and what she said:

He knows my reservation about this kneeling down thing but my decision to do it because of culture. But he said No and insisted to everyone that I don't have to kneel to feed him.

Ahn, I made the best choice! pic.twitter.com/0MvCZJlWuJ

SINGLE DAD IN TEARS AFTER BEING TOLD ...