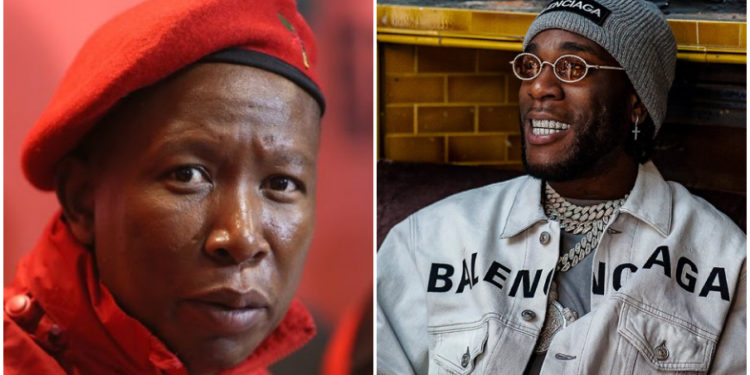 South African lawmaker, Julius Malema is assuring Burna Boy of his safety when he comes to the country.

A few days ago, it was reported that the Nigerian singer confirmed his performance after his promise not to go to the country following the xenophobic acts against Nigerians.

After his tweets confirming his performance in the country, South Africans called out the singer, demanding that he apologises for his statement about the country.

They reminded of his tweet never to step into the country, threatening his safety but Malema is welcoming Burna Boy to the country.

But Malema took to Twitter to assure him of his safety, noting that no one can stop him from performing at the event.

Looking forward to receiving and being entertained by my brother @burnaboy here at his home called South Africa. There's no mascot that can stop him from performing, he's one of our own and we will protect him. We must resolutely oppose regionalism led by political illiterates.

Despite criticisms from his fellow countrymen, Malema is not backing down as he states that South Africa is a home for all.

I won't be intimidated or blackmailed by bed wetting boys, welcome home @burnaboy. South Africa is a home for all Africans, kill me for defending an African brother, bloody Cowards.