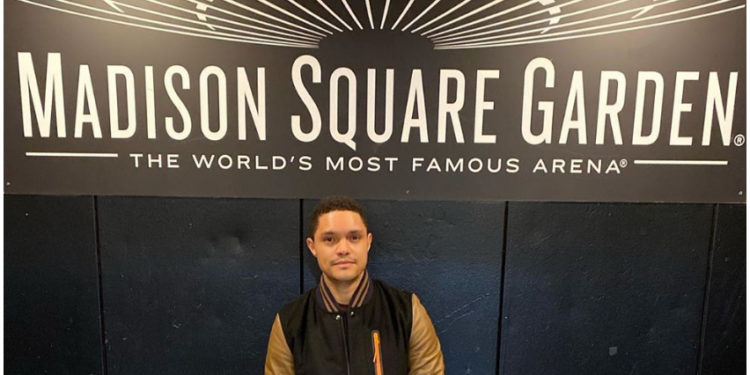 Madison Square Garden is widely recognized as the world’s most famous arena because of its location in the middle of Manhattan and with a seat capacity of 20, 789.

This past weekend, Noah held a show at the arena as part of his Loud and Clear World tour and he completely sold out, becoming the first African to achieve this.

He has now joined the list of Hollywood top comedians like Eddie Murphy, Chris Rock, and Kevin Hart, who have sold out their own shows at the Madison Square Garden.

Recalling the journey to getting to where he is, Noah took to his social media page to appreciate his fans, noting that he didn’t want the night to end.

And that ladies and gentlemen how how Trevor Noah, filled up Madison Square Garden! What an achievement! He killed it! South Africa is untouchable right now pic.twitter.com/VYtGGMuSR8

Last night was incredible! Thank you to everyone that packed out @thegarden and made it such a memorable night! 🙏🏾 I didn’t want it to end. 📷: @marklashark #LoudAndClearWorldTour