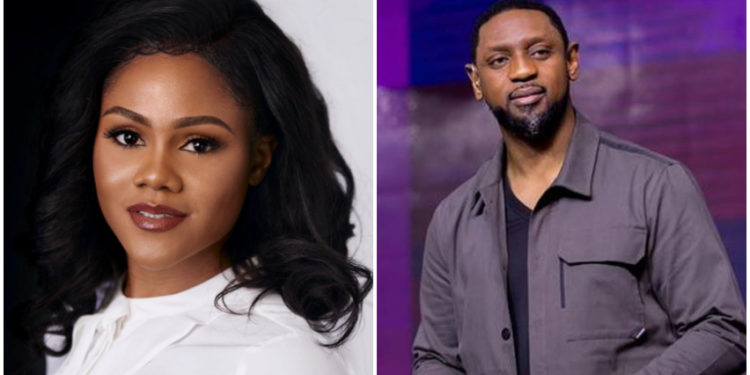 Photographer and wife of Nigerian singer, Busola Dakolo has reacted to the judgment delivered by the court on her case against the Senior Pastor of Commonwealth of Zion Assembly, Biodun Fatoyinbo.

In June, Busola shared her sexual abuse story, accusing Fatoyinbo of raping her when she was just a teenager. According to her, the incidence caused her years of trauma, which affected her marital sex life.

But to the surprise of many, judgment was delivered a few hours ago and it was reported that her case against the cleric was dismissed. Infact, she was ordered to pay N1m for wasting the court’s time.

The mother of three has now reacted to the court’s verdict. She took to her social media page to share her thoughts about it.

Read her response below:

I have just been briefed by my lawyers on the court’s ruling in the matter before it pertaining to my stand against injustice represented by the reprehensible actions of Mr. Biodun Fatoyinbo and, in light of the present and anticipated inquiries from friends, family and well-wishers, it is pertinent to convey my sincere reaction to said ruling.

When I set about confronting one of my biggest fears and a horrible experience from my past, the first hurdle was finding the confidence to. Victims usually do not find a place for their voice, certainly not in our deeply conservative country where might is right and a virtue while innocence is a licence for abuse and disregard. I had no illusions about the herculean task before me in not only openly confronting the man behind the mask but seeking remedy and sanction against him before the court.

I set out to ease the hurt, the sense of shame and abuse, the nightmares and traumas not by securing judicial victory only but by boldly sharing my story and calling out my transgressor robed in the vestiges of clerical power and pretence. I understood and accepted that by voicing out I was silencing the screams in the night.

Ever since my story broke, the reactions were mixed but largely comforting. I noted that otherwise hushed victims of rape and sexual abuse were taking a cue from my stoicism in the face of ridicule and opposition and sharing their equally appalling stories. It is in this response that my victory was sealed, in knowing that one woman’s boldness could encourage others and challenge the institutionalized silence and the repression of the victim’s narrative by a culture of guilt-tripping, stigma and an inexplicable clamour to make irrational excuses for sexual offenders.

Even so, there is much to be said about what transpired in court. In the court’s wisdom, my legal action is statue barred and that means the time has passed within which I could or should have initiated the suit. The substance of the suit which is my allegations of sexual abuse leading to emotional distress on my person against Mr. Biodun Fatoyinbo has neither been entertained by the court nor ruled up.

The substance of the suit which is my allegations of sexual abuse leading to emotional distress on my person against Mr. Biodun Fatoyinbo has neither been entertained by the court nor ruled upon. I believe that the effect of the injurious claim is a continuous one that transcends time and place.

This has only made me to wonder more what a country we have? I was particularly surprised at the hearing of the case when the court said the file was missing and later when the court said my own processes cannot be found and finally the case is out of time. This only shows that we have a lot to address to bring sanity to our country.

Today, I am glad that my voice is not silenced and this is victory for me. I must encourage every woman out there to keep the pace and never stop voicing out against the evil of rape and sexual abuse. Do not be dispirited by today’s court decision.

No judgement has been made declaring the innocence of Mr. Biodun Fatoyinbo. It must be stated that while our experience have a shared theme, the circumstances are different. We must not give up for our victory lies more in finding our voice than anything else.

I thank my dear husband for his continuous support, friends, our legal team and all who have been standing with us on this as I assure you all I am very fine.