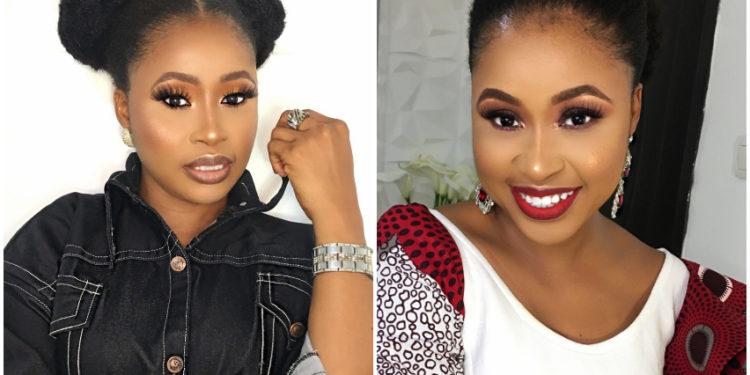 Nollywood actress, Padita Agu has got people shocked when she said that she got married to her ex-husband on the first day they set eyes on each other. According to her, the marriage happened 15 years ago and it lasted for 3 years.

“And those 3 years was the most miserable of my life, to the point I attempted suicide,” she said, noting that she is sharing her story so as to prevent young women from going through what she went through.

Taking to her YouTube channel, Padita said that she met her ex-husband at a friend’s house. She had gone to console her friend, who later told her that the man she saw in her house wanted her number.

After so much pressure from her friend, Padita agreed to speak with the man. As time went on, they became friends and started talking about marriage. Padita noted that they maintained a long distance relationship because the man was outside the country.

One day, he sold an idea to her- one that she has come to regret till date.

According to Padita, the man, who later became her ex-husband, told her about getting married the same day they saw. He said that they didn’t have to involve either of the family members.

It was going to be a registry wedding and as adults, at any time they think that they do not want the marriage anymore, they could call it off

Despite not knowing him so much to be married to him, except the times they spoke over the phone, Padita said, the suggestion looked so simple, especially because they would visit her parents after the wedding and tell them that they wanted to get married.

“So I thought to myself, there is no harm in this,” she said.

On her wedding day, Padita said they both came to the registry in different cabs and their drivers stood in for them as witnesses.

Unfortunately, she didn’t tell anyone as advised by her ex-husband who said she may be discouraged from going ahead with the plans.

After the wedding, they went to see her family to tell them that they want to get married. Sadly, the marriage turned out to be the biggest mistake of her life.

“There was this thing about actresses not staying in their marriages, so I just couldn’t see myself leaving and I just stayed there. Since I couldn’t leave, I thought I should just end this whole trouble. I know some of you would be like this is why this girl left the industry. Yes, this is why I left the industry. He didn’t tell me to leave directly but indirectly, he got me out of the industry, cut me off everyone, everything…my career, my school, my family, friends…except friends he was okay with,” she said.

FRODD SHARES THE STORY BEHIND HIS EXCITEMENT ...