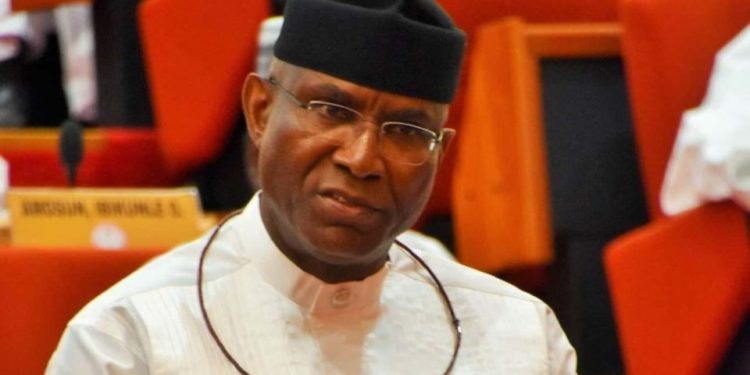 The BBC Africa Eye story on #SexForGrades in West African universities seem to be yielding results as the Nigerian Senate has proposed a bill to address sexual harassment in tertiary institutions.

Channels TV reported that the bill was sponsored by the Deputy Senate President, Ovie Omo-Agege and the Senate Leader, Abdullahi Yahaya and it has scaled the second reading.

The senate leaders proposed up to 14 years jail term, with a minimum of five years, without an option of fine for any lecturer who commits sexual offences.

The bill defined sexual offences as having sexual intercourse with a student, demanding for or making sexual advances or intimidating a student for sex.

Other forms of sexual offences in the bill include: grabbing, hugging, kissing, rubbing, stroking, touching, pinching the breasts or hair or lips or hips or buttocks or any other sensual part of the body of a student; or sending naked or sexually explicit pictures or videos or sex related objects to a student.

Whistling or winking at a student or screaming, exclaiming, joking or making sexually complimentary or uncomplimentary remarks about a student’s physique or stalking a student are also defined as sexual offences in the bill.

The senate president noted that the bill states that students who falsely accuse a lecturer of sexual harassment would be expelled and such lecturer has the right to sue for defamation.

Omo-Agege said that the Criminal and Penal codes already deals with sexual abuse in primary, secondary schools, places of worship and work place.

TAKE A ROAD TRIP ACROSS THE COUNTRY-NIGERIANS ...