HALIMA ABUBAKAR REACTS TO T.I’S REVELATION, SAYS HER FATHER TOOK HER TO DOCTORS TO CHECK IF SHE WAS A VIRGIN 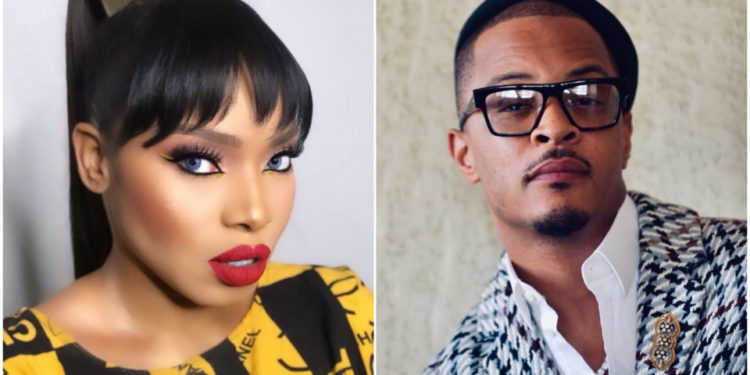 Nobody has the manual for parenting. Many parents are doing what they know, in the hope that they are raising their children in the best ways. But how far can a parent go to ensure their child is well-trained?

This is the question in the lips of many who read that American rapper, Clifford Joseph popularly known as T.I., follows his teenage daughter to the gynecologist every year to make sure that she is still a virgin.

According to him, he has had the sex talk with his daughter; however, he noted that he has to be sure that her hymen is still intact.

Following this revelation, Nollywood actress, Halimat Abubakar said that there is nothing wrong with the American rapper’s actions.

She shared a personal experience of also visiting doctors with her dad who wanted to know if she was still a virgin.

She explained that she hated her father for doing that to her at the time, but she soon grew up to realize that her father was just trying to protect her as she was stubborn at the time.

She however noted that she stopped going to see the doctors after the 3rd time of confirming that she was still a virgin.

I don’t see anything wrong in checking if your daughter is still a virgin. I remember my dad taking me to see different doctors just to be sure. He stopped after the 3rd time. I hated him then a bit. BUT HE IS JUST A FATHER TRYING TO PROTECT HIS STUBBORN DAUGHTER