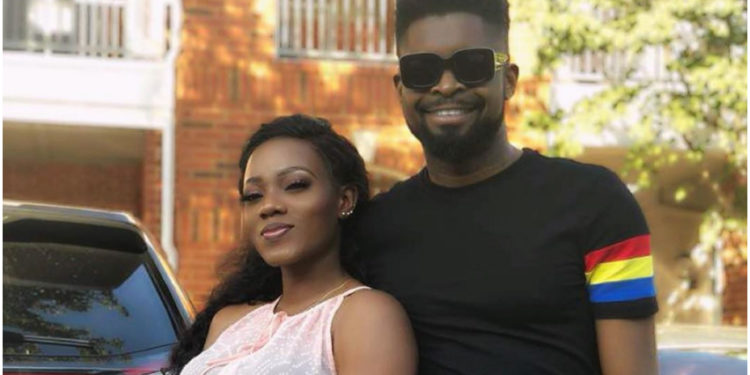 Standup comedian Basketmouth and his wife, Elsie Okpocha is celebrating their 9th wedding anniversary today, November 6. The couple took to their social media page to acknowledge their special day.

With a video of them walking inside a beautiful place, Basketmouth said that his 9 years marriage with his wife has been smooth and easy.

For Elsie, after almost a decade, she says she is still in love with her husband.

Basketmouth and his wife met in 2005 when the comedian was planning for his first big show, Basketmouth Uncensored. He had gone to the University of Lagos, where his wife was schooling at the time to distribute handbills when he met her.

Meanwhile, Elsie said she was a huge fan of her husband before they even met.

In a chat with Wedding Channel Africa TV, Basketmouth said he walked up to his wife to collect her number. According to him, that would be the first time in his life to approach a woman for her number.

As fate would have it, they met again at a club, 11:45, where they danced together and he collected her number again.  After their meeting, they became friends, started a relationship and got married in 2010.

Check out the videos posted by the couple below:

How we walked through the first 9yrs of our marriage…SMOOTH & EASY. Happy anniversary @elsieokpocha ❤️❤️❤️

9yrs after and I’m still in love with you!!! Let’s grow old together baby. Love you till eternity Happy Anniversary to us.🥂🥂❤️❤️❤️ @basketmouth

OUR FRIENDSHIP IS BEST EXAMPLE OF NOT ...