NIGERIANS REACT TO LIONHEART’S DISQUALIFICATION FROM THE OSCARS 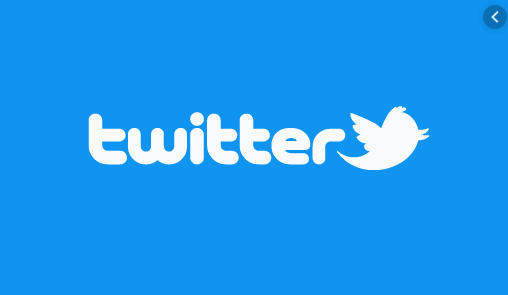 Many Nigerians are clearly disappointed by the disqualification of Lionheart movie from the Oscar nominations in the Best International Feature Film category.

It was jubilation for Nigerians and Nollywood industry when it was announced a few weeks ago that the movie had been submitted for the international award.

Unfortunately, the country woke up to the sad news that the movie had been disqualified because it is predominantly in English but Nigerians are having none of it.

Many people have taken to their social media pages to share their views about the news.

Read some reactions below:

This set of people think that the basis for the disqualification is ridiculous.

#Lionheart is a wonderful movie. If it was shot any other way, it would have been messed up. #Lionheart is perfect just the way it is. @GenevieveNnaji1 nailed it. #Lionheart

On a lighter note, ‘Nigerian English’ is basically a different language. People who speak English as first language often need to learn the Nigerian version. So, what’s the beef??? #LionHeart is qualified naa??

English is what connects us as Nigerians.Regardless of other languages that exist in Nigeria.If that film was predominantly igbo language.more than 90%of Nigerians will boycott it.Because it will sound like a broken egg shell to them. #Lionheart is still the best always. pic.twitter.com/tyJLIhFvDF

Should read: Ready to beat the Academy’s ass for dropping #Lionheart despite the renamed “International Feature Film” category. Show that you want to “[promote] a positive and inclusive view of filmmaking…”.

They colonized our countries, forced us to learn their language, and now we’re getting penalized for using the same language. Make it make sense…English is Nigeria’s official language, this is absolute trash. @TheAcademy DO BETTER! #lionheart https://t.co/HMIsSsC92d

They teach us English
Force us to take advance English exams before we can come over to study in their countries yet they disqualify our achievements based on the fact that it has too much English… please do this people think at all when it comes to Africa.#Lionheart pic.twitter.com/qSoX90jLSI

Most times, Nigerians allow emotions cloud our reasoning. I understand the outrage about #Lionheart been disqualified but this rule by the academy didn't just start cos of Lion heart. So many movies have been disqualified cos of this rule. Dont make it seem like there's an agenda pic.twitter.com/8nX22SxJeh

The rules are quite clear. For those arguing that English is our official language, don’t we have great Yoruba movies that would qualify? It’s time we up our game instead of wanting the rules to be bent for us #Lionheart

Leave colonization out of this. Its a new time with massive choices. When you are writing an exam, you may know the answers but if you don't follow the instructions written above the questions, you already know failure is key! #lionheart

Everything is on the Nigerian oscar committee #lionheart

We have blamed everyone but ourselves for not doing due diligence and submitting a "faulty" entry for the Oscars. #Lionheart was disqualified for not meeting one criterion. Is it fair? Maybe not, but @TheAcademy is not to be blamed. 92 other countries submitted & got accepted.

Going by the history of this category itself, the person I blame for this terribly unfortunate situation is the person that submitted the film in this category. It’d have been a slap on the faces of other foreign language filmmakers if the rules got bent for us. #Lionheart pic.twitter.com/npinM31msc