MY JOB AS MET POLICE OFFICER IS STILL INTACT- KHAFI 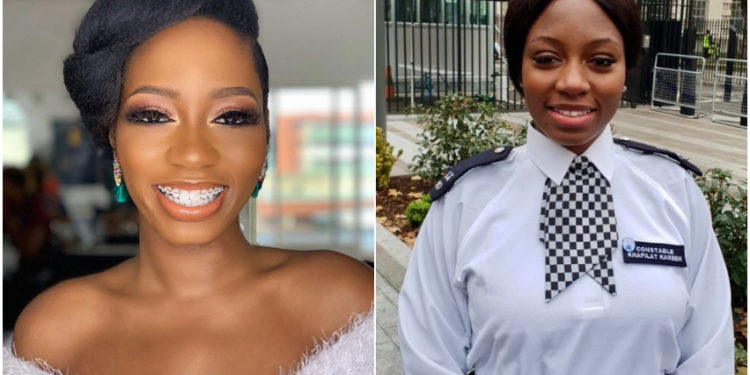 The former BBNaija housemate, Khafi Kareem, has said that she was not sacked or relieved from her job with the Metropolitan Police Service in the UK.

While she was in the Big Brother house, it was reported that the former reality TV star was being investigated for appearing on the show without permission from her bosses.

This was after an alleged romance video of her and fellow housemate, Gedoni, was spotted. According to online reports, the 30-year old young woman may be sacked from her job.

However, after she was evicted from the show on September 15, Khafi stayed in Nigeria for a few weeks more for a meet and greet session with her fans.

In a chat with Olorisupergal, the Pepper Dem housemate said that she was not relieved or sacked. According to her, her job as a policewoman is still intact as she has been called back to resume.

A few weeks ago, Khafi flew to London but she was back to Lagos in time to celebrate her 30th birthday.

TBOSS APOLOGISES TO DAVIDO FOR HER REACTION ...