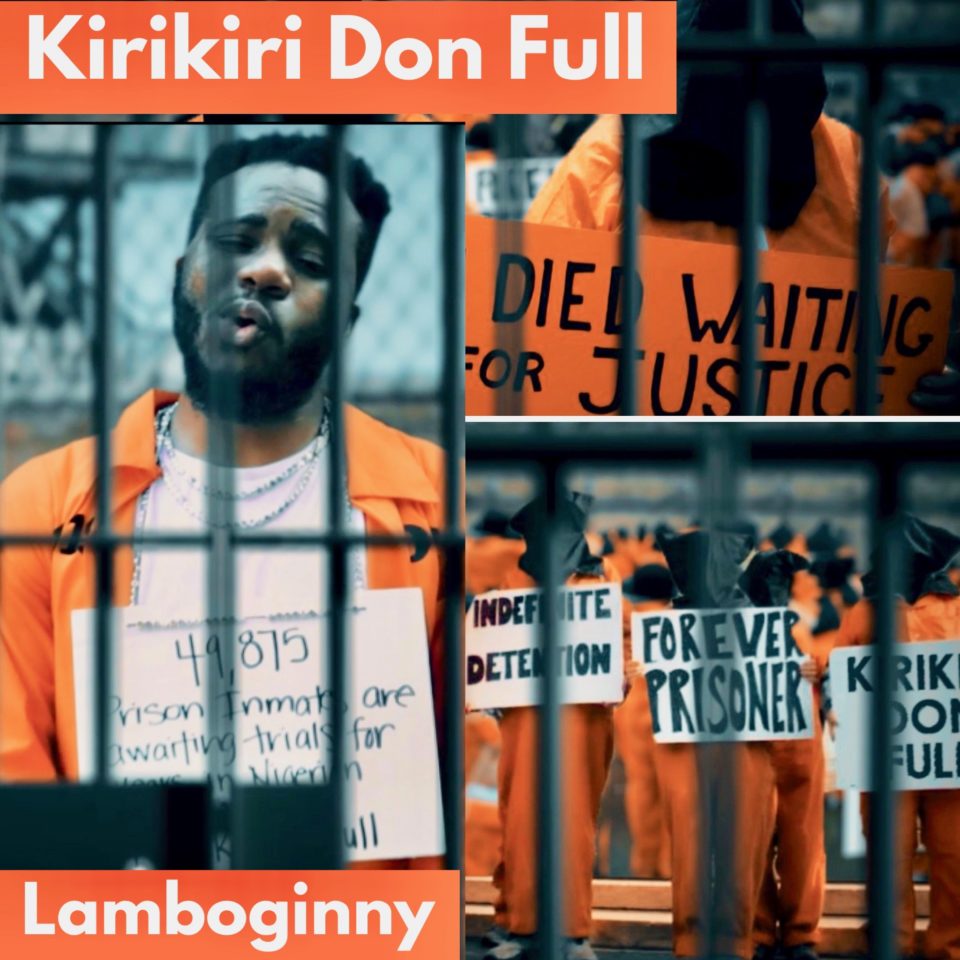 Pop artist and prison reform advocate Yinka Lawanson aka Lamboginny has released the visuals for his activist single ’Kirikiri Don Full’. The video, released on September 17, 2019, brings to life the message of the song, which draws attention to the deplorable state of prisons in Nigeria and the lack of justice that characterizes the experiences of prison inmates.

“Kirikiri Don Full” is the first single off Lamboginny’s forthcoming EP titled ‘240’ which is slated for release in October 2019.

The album name was inspired by the total number of prisons in Nigeria (240), and as part of the launch project, Lamboginny is working to obtain freedom for 240 inmates languishing in prison over minor offences because they cannot afford bail or a lawyer.

Speaking ahead of the video launch, Lamboginny said:

“The song talks about the congested state of prisons in Nigeria where nearly 70% of inmates have not actually been convicted of anything, and we depicted this in the video. In terms of the wider 240 project, we secured the freedom of 15 inmates at KiriKiri in July 2019 and we are getting another five from Suleja Prison in Abuja on 18th September 2019. The issue of decongesting prisons that we have taken on goes to the heart of the reforms that are needed in Nigeria’s prisons and criminal justice system.”

It will be recalled that Lamboginny recently spoke on the importance of prison reform and inclusion at the 68th United Nations Civil Society Conference in salt lake, Utah dressed in orange prison overalls and advocating for overcrowded Nigerian prisons.

For more information about Lamboginny’s prison reform project, you can contact [email protected]. Alternatively, you may also visit www.ibelieveinprisonreform.com. You can also follow Lamboginny on Instagram @Lamboginny and join the social media conversation using the hashtag #KirikiriDonFull