Protests As Hotel Killings In Port Harcourt Still On The Rise

Following the rise on the killings being carried on young females in hotels in Port Harcourt, a group of women have taken to the streets to protest against the inhumane act.

The protest is being organized by Women in Rotary – Portharcourt South in partnership with Rotary Clubs in Portharcourt as well as other organizations.

The women were seen protesting Rivers State Government House, The Rivers State House of Assembly, The State Office of the Department of State Services, DSS and the State Headquarters of the Nigeria Police among others. 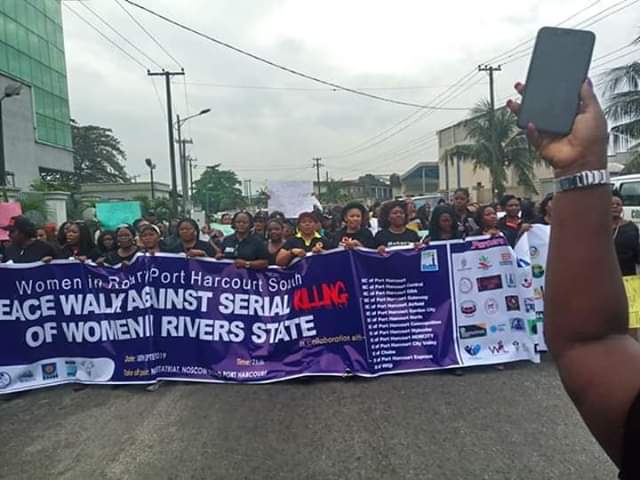 Recently, a CCTV video was released which revealed the identity of a killer as the victim was later found dead in one of the hotel rooms.

Femi Adebayo Celebrates His Wife As She ...