The disagreement between Lizzy Anjorin and Toyin Abraham seems to have the fire of rage, as the latter’s husband has given his take on the whole matter.

Recall that Toyin Abraham issued a warning to Lizzy Anjorin after it was alleged that she made defamatory comments about her as she linked her to a blogger who tried to set her up.

In his reply, Kolawole Ajewole emphasized that there were learning beyond social media. recently, in a retaliating attack, Lizzy Ankjroin granted an interview, where she revealed that Toyin Abraham was only pretending as she sent her fans to ruin her career as an actress and businesswoman. 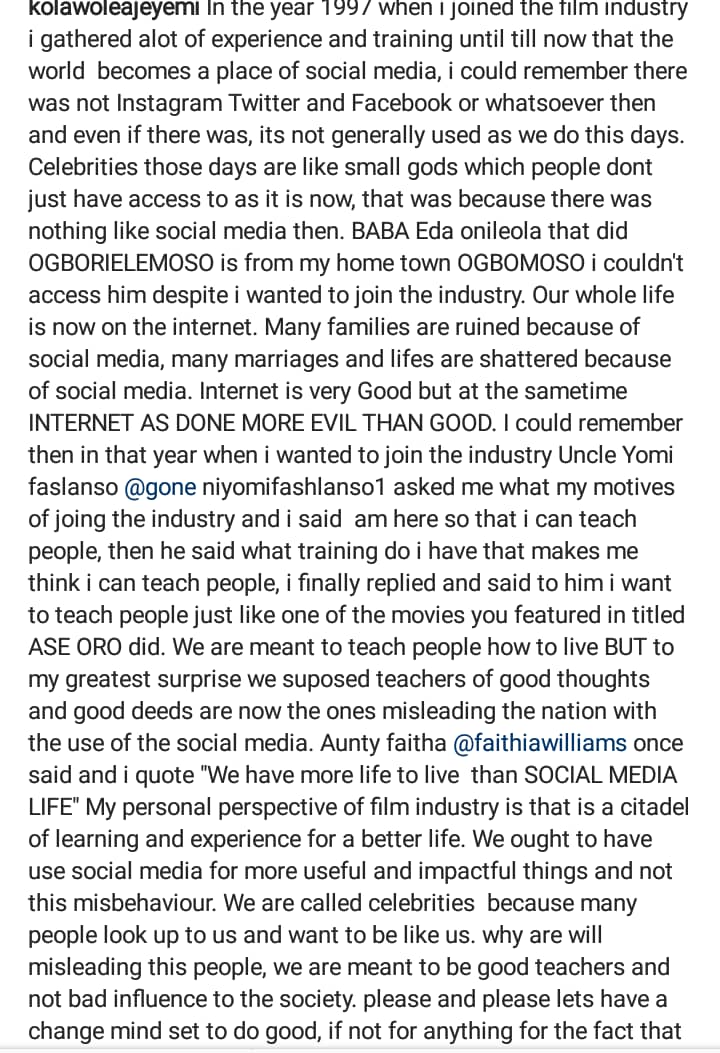 Basket Mouth Celebrates 2 Baba On His ...