The meeting between the Federal Government and the Joint National Public Service Negotiating Council over the N30,000 national minimum wage ended in a deadlock again as no viable conclusion was reached.

According to the PUNCH,  Buhari had signed a new minimum wage into law on April 18, 2019, however, negotiations between the Federal Government and the JNPSNC broke down due to unresolved irreconcilable differences in their proposals.

Recall that the last negotiation which was supposed to hold on September 4, was suspended on Tuesday last week and rescheduled to hold on Monday, September 16. 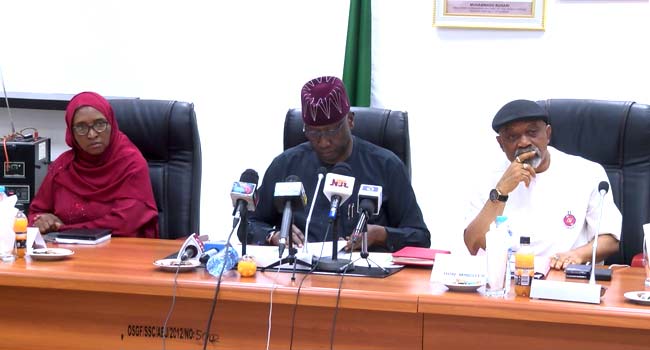 One of the labour sources mentioned; “We have discovered that the government is not serious at all; a mandate was given to the government side to take the position of labour and government’s team to President Muhammadu Buhari and report back at the meeting.

“But we discovered that they didn’t do it; they are just taking us for a ride. So, we are reporting that the meeting was deadlocked and our next line of action will be to report to our parent unions.”