The Governor of Lagos State, Babajide Sanwo-Olu has visited the vandalized malls that were affected by the retaliation of the xenophobic attacks on South African owned businesses in Nigeria.

While expressing his disappointment at the outturn of events, he said; 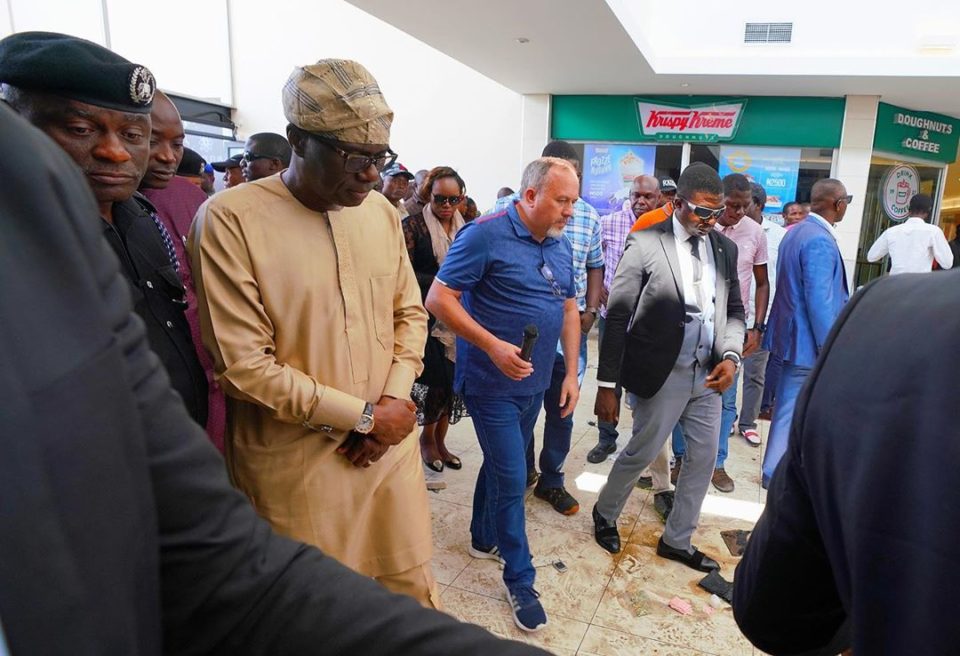 “It saddens my heart to say it was enormous to say the least.

These businesses are owned and operated by Nigerians, and not only do they cater to the immediate needs of the communities where they operate, but they also provide thousands of jobs. Therefore it is unimaginable that people have been robbed of their livelihoods under the guise of retaliation.
It is our duty to protect our citizens and their businesses, and to look the other way in situations like these would be a disservice to all.
We need to do better and make sure this unfortunate incident never repeats itself.

We have charged our security agencies to go after everyone involved and bring them to book.

Our heartfelt sympathies also go to everyone who was either directly or indirectly affected”.