The South African Tourism has condemned the xenophobic attacks being currently carried out by South Africans on other African foreigners, most especially Nigerians.

This is coming after the boycott of the World Economic Forum in the country by the presidents of DRC, Malawi, Rwanda as well as Nigeria. It is also happening in the wake of gender-based crimes carried out on women in the city, as a Cape Town University undergraduate was recently raped and murdered.

In an official statement, the SA Tourism mentioned; “Around the issue of violent protest, the South African Government has also strongly condemned the acts of violence”. It further stated; “The SAPS has moved quickly to address the situation and have made a number of arrests both in Gauteng and in Kwazulu-Natal”.

“At least 98 people have been arrested for violence and lotting in Johannesburg’s Central Business District (CBO)”, the statement read. Recently, the South African Tourism West Africa held its annual roadshow in Abuja, congratulating the 14 new SA specialist graduates who completed the SA Specialist Online Course. The program also rewarded 3 graduates of the course with an all-expense-paid trip to South Africa for the purpose of familiarization.

Read the statement below; 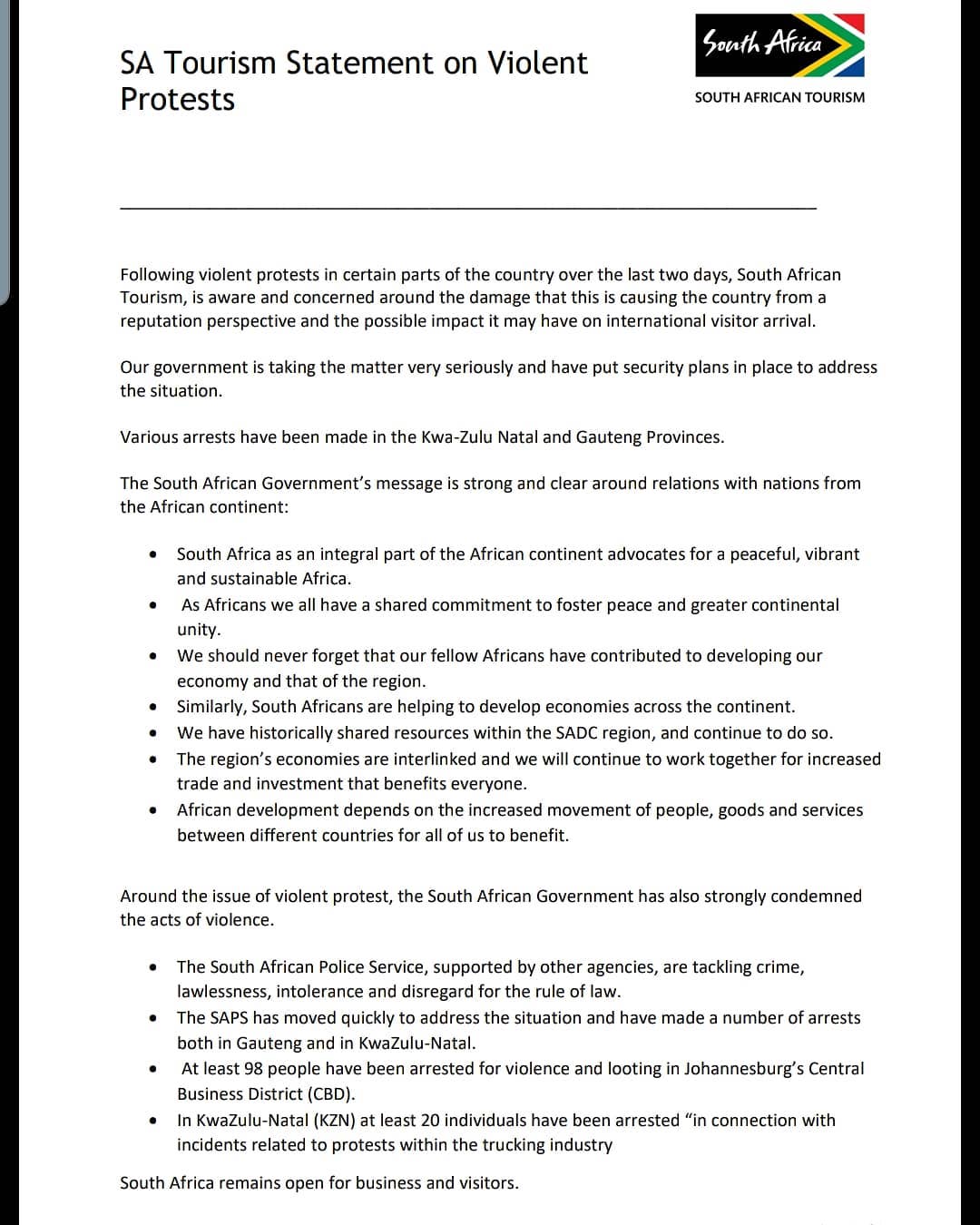 “To Everyone I Offended, I Apologize”- MI