Protesters Seen Outside The Venue Of World Economic Forum

Thousands of protesters have been spotted outside the venue of the World Economic Forum. The protesters are registering their disappointment over the gender-based violence which has been on a rise in the country, recently.

Over the last weeks, a series of gender-based violence has been reported, and have been mostly carried out on the female gender. Most recently, a student of the University of Cape Town was raped and murdered by a post office worker, who later confessed to the crime. On Monday, a child was abducted from her mother’s hands by 4 unknown men, in front of a school. 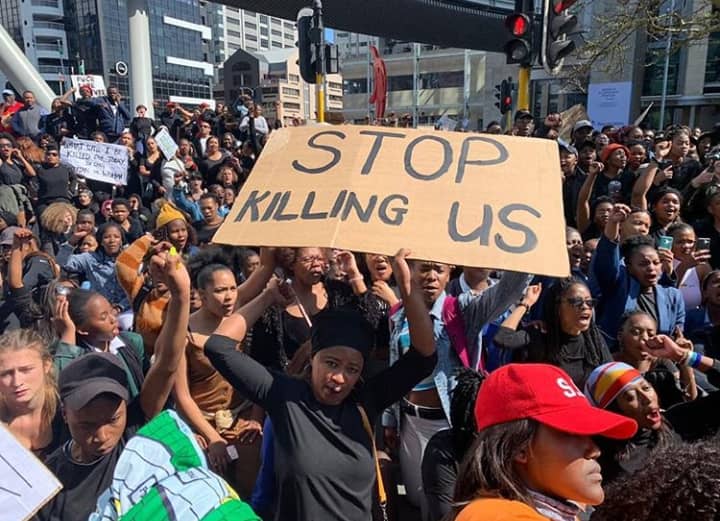