South African media personality and comedian; Trevor Noah has spoken up about the recent xenophobic attacks in the country. While stating that the majority of the big companies are being owned by whites who occupy about 8.7 percent of the population.

Trevor also mentioned the urge for xenophobic attacks was borne out of the fear of the unknown, years of oppression as well as inferiority complex due to apartheid. 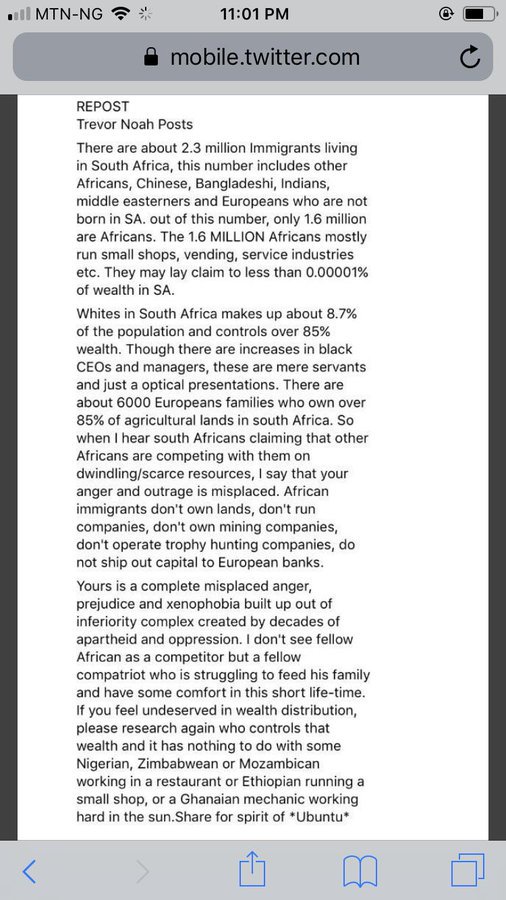 Many have applauded his timely opinion in the wake of serious violence being carried out on other African nationals in Sout Africa.