41 Arrested In Connection To Xenophobic Attack In South Africa

Policemen in Johannesburg have begun mass arrest over the state of unrest in the country, most especially in parts where the criminal acts are being concentrated.

On Monday, abut 41 people were arrested in connection to the acts of violence which saw hundreds of people marching through the Central Business District looting and torching cars with the targeted shops reported to be owned by foreign nationals. 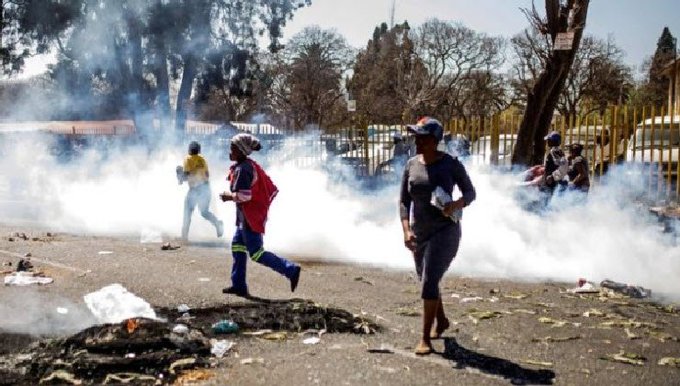 In an attempt to salvage the situation, the police used tear gas and fired rubber bullets.

According to the police minister, Bheki Cele; “Xenophobia is used as an excuse,” “Nothing… has sparked any form of conflict between the South Africans and foreign nationals.” Said Cele. The violence was said to have spread to  Jeppestown, Denver, Malvern and Tembisa areas.

Nigerians Push For The Boycott of South ...