It was gathered that the protesters, were angered by the recent massive looting of foreign-owned shops in the city by some South Africans.

This is coming after a taxi operator was killed by a yet-to-be-identified man. During the attack, they resorted to looting shops owned by foreigners in their country and mostly Nigerians were the ones affected by this. 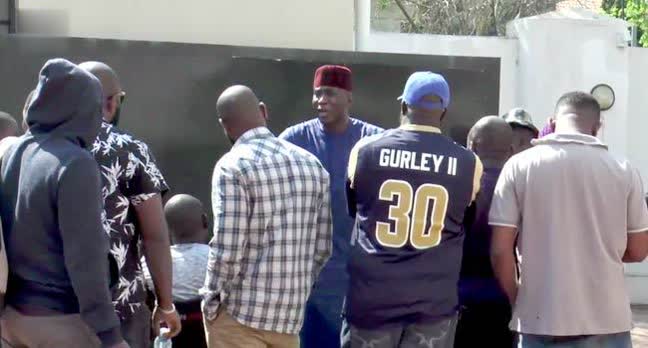 The protesting Nigerians expressed their security concerns and asked that the situation be adequately managed.

“The way they went about it was quite unfortunate, they scaled the fence and almost destroyed the gate”.