Kim Kardashian is the cover image of three September issues of the Vogue Arabia magazine. The cover photos were photographed by Txema Yeste and art directed by Mugler. 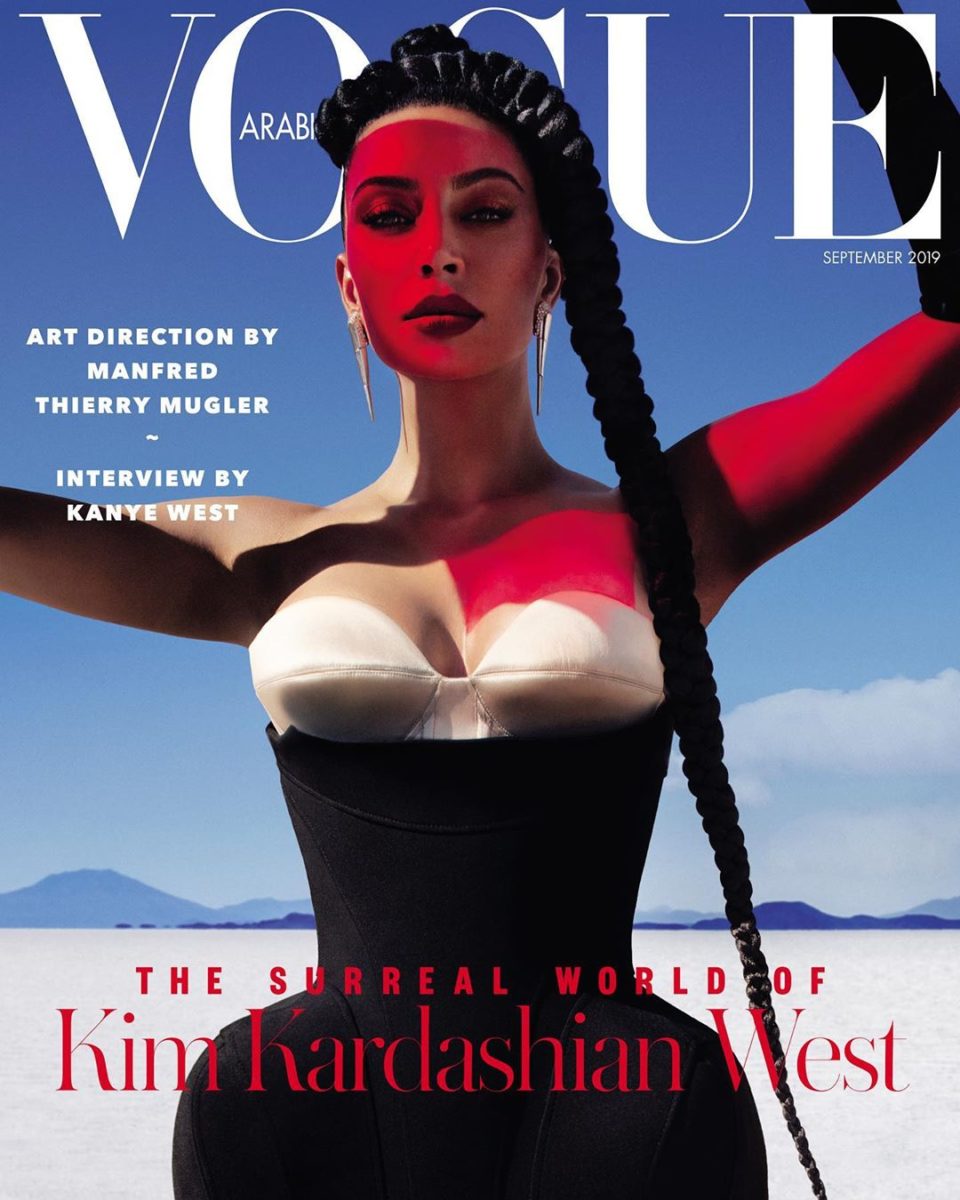 For one of the looks, Kim had to go back into her MET gala corset, which she admitted had her compromise her breath. She said; “7 months in the making and fittings in Montreal, Paris and LA. Corset breathing lessons from none other than Mr. Pearl,”

Her husband, Kanye West interviewed her for the glossy.