Davido Reacts To Being On FIRS’ List Of Tax Defaulters

In addition to this, the agency stated that it had taken possession of the bank accounts of the tax defaulters, adding that the accounts would be under its possession until they regularise their tax status.

In a reaction to this, Davido tweeted; “Lol I’m on my cash shit”. 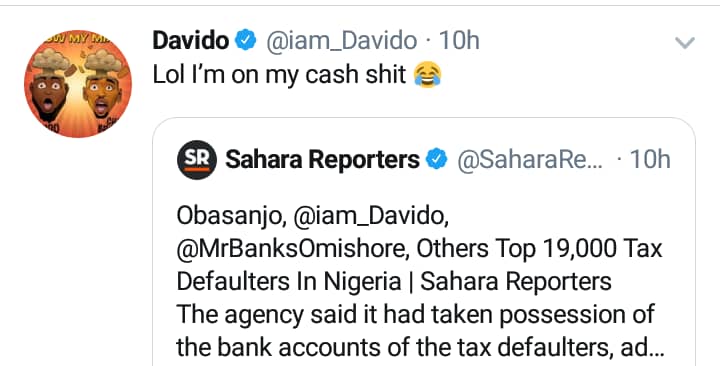