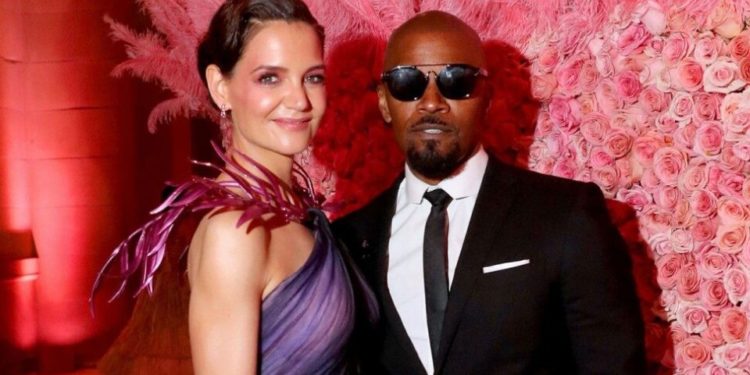 The six-year relationship between Jamie Foxx and Katie Holmes has unfortunately come to an end. The duo was said to have started dating in 2013, shortly after Katie’s divorce from Tom Cruise, however, they decided to keep their relationship secret and away from the public eye.

Recently Jamie was spotted with Sela Vave and it was rumored that he was cheating on Katie with the much younger singer. However, sources close to the couple confirmed that the split had happened since May as Katie was also being overheard to have said, according to Page Six; “What Jamie does is his business — we haven’t been together for months”

While together, the couple made their first public appearance at the Clive Davis’ Pre-Grammys Gala in New York in 2018.